How does Coaxial Cable Work and its Classifications

What is coaxial cable?

Coaxial cable refers to a cable with two concentric conductors, and the conductor and the shield layer share the same axis. The most basic coaxial cable consists of a copper wire conductor isolated by an insulating material. On the outside of the inner layer of insulation material is another layer of ring conductor and its insulator, and the entire cable is covered by a sheath of polyvinyl chloride material.

The coaxial cable concentric structure makes the electromagnetic field enclosed between the inner and outer conductors, so the radiation loss is small and it is not easy to be interfered by the outside. Coaxial cable is also one of the most common transmission media in local area networks.

How does coaxial cable work?

The coaxial cable is divided into four layers from the inside to the outside: the center copper wire, the plastic insulator, the mesh conductive layer and the wire sheath.

Coaxial cables conduct alternating current instead of direct current, which means that the direction of the current is reversed several times per second. If a high-frequency current is transmitted using a general wire, this wire will be equivalent to an antenna that emits radios outside. This effect consumes the power of the signal and reduces the strength of the received signal. Coaxial cables are designed to solve this problem. The radio emitted by the center wire is isolated by the mesh conductive layer. The mesh conductive layer can control the emitted radio by grounding, so as to reduce the attenuation of the signal as much as possible. 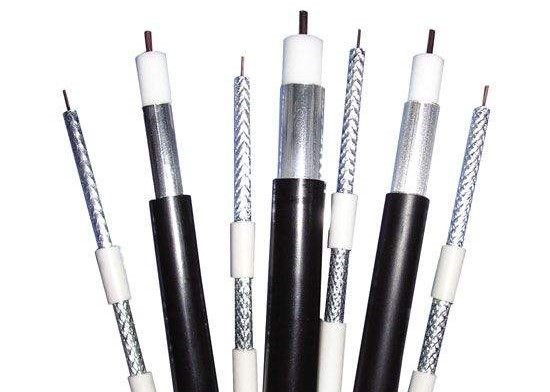 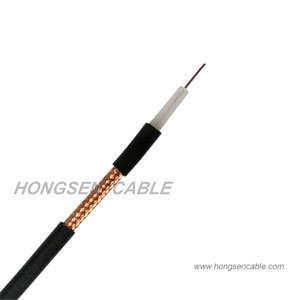 Coaxial cables can be divided into two basic types according to their purpose:

At present, the commonly used baseband cables have a shielded wire made of copper with a characteristic impedance of 50 (such as RG-8, RG-58, etc.)

The shielding layer of cables commonly used for broadband coaxial cables is usually stamped with aluminum and has a characteristic impedance of 75 (such as RG-59, etc.)

Coaxial cables can be divided into two basic types according to their diameter of the cable: 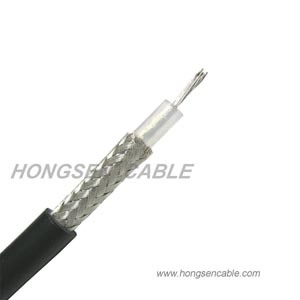 Thick coaxial cables are suitable for relatively large local networks. It has a long standard distance and high reliability. Because you don't need to cut the cable during installation, you can flexibly adjust the computer's network access position as needed. However, transceivers and transceiver cables must be installed in thick cable networks, which is difficult to install, so the overall cost is high.

Thin coaxial cable installation is simpler and less expensive. However, because the cable is cut during the installation process, both ends must be equipped with a basic network connector (BNC), and then connected to both ends of the T-connector. Therefore, when there are many connectors, it is easy to cause hidden contact. This is one of the most common failures that occur with Ethernet in operation today. To maintain the correct electrical characteristics of the coaxial cable, the cable shield must be grounded. At the same time, a terminator is required at both ends to weaken the signal reflection effect.

Coaxial cables have the advantage of supporting high-bandwidth communications over relatively long repeater-free lines. The disadvantages are also obvious: First, the volume is large, and the diameter of the thin cable is 3/8 inches thick, which takes up a lot of space in the cable duct.

The second is that it cannot withstand tangles, pressure and severe bending, which will damage the cable structure and prevent signal transmission.

Finally, the cost is high, and all these shortcomings can be overcome by twisted pair. Therefore, in the current LAN environment, coaxial cable has basically been replaced by the twisted pair based Ethernet physical layer specification.